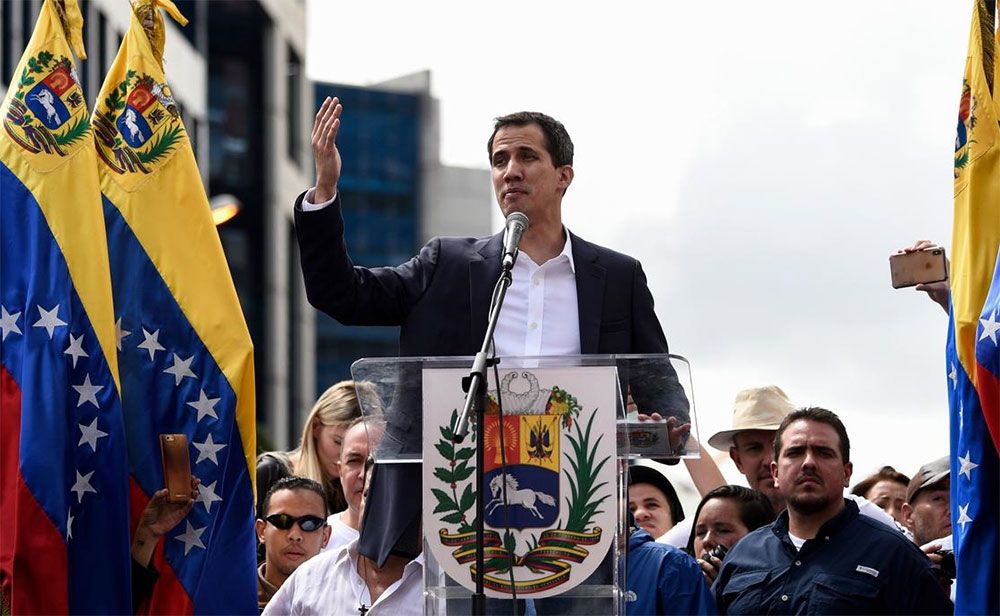 Juan Guaido, self-declared interim president in Venezuela, has said he’s working to restore ties with the Zionist entity, a decade after the country severed relations with Tel Aviv in solidarity with Palestine.

Guaido told Israeli newspaper Hayom daily on Tuesday: “I am very happy to report that the process of stabilizing relations with Israel is at its height”.

“First we’ll restore the relations, then we’ll announce the appointment of an ambassador to Israel, and we very much hope an envoy will come here from Israel,” he said.

Guaido, who is backed by the United States, also said he was weighing whether to relocate Venezuela’s embassy to Al-Quds (Jerusalem).

“I will declare the resumption of ties and the site of the embassy at the proper time,” he said.

Last month, the Zionist entity joined the United States, the UK and a host of European countries in recognizing Guaido as the interim president.

However, President Nicolas Maduro, who won elections in 2018 with 67.7 percent of the vote, retains the support of state institutions including the military and Russia and China.

Under Hugo Chavez, Maduro’s predecessor, Venezuela cut ties with Tel Aviv over its actions in the 2008-2009 war in Gaza.