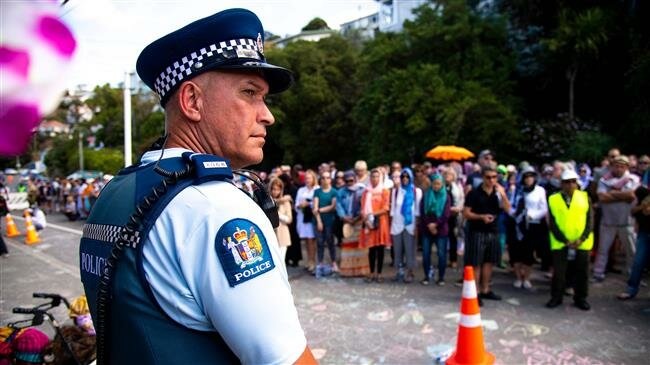 Police in New Zealand have launched an urgent investigation to determine whether a man whom they sought on a tip-off and who died in a standoff with them had links to the recent terrorist attacks at two mosques in the city of Christchurch.

The 54-year-old man, whose name was not released, was involved in a standoff with police forces just outside central Christchurch early on Wednesday.

Police stopped his car and began negotiations with the man, but after about three hours, they decided to approach the vehicle. They found him critically injured from a stab wound. It was not clear how the wound was caused, and the man later died of the injury. There were no firearms in the car.

Police had been notified about the individual on a public tip-off and had raided his house late on Tuesday, finding a cache of firearms.

Later on Wednesday, an investigation was launched for possible links to the terrorist attacks in two mosques that killed 50 people in the same city on March 15.

“A high priority investigation is underway to determine whether or not the deceased man posed a threat to the community,” police said. “At this time there is no evidence to suggest this person had any involvement in the attacks of March 15; however, this forms an important part of the investigation.”

Early this week, New Zealand’s Prime Minister Jacinda Ardern ordered an independent judicial inquiry into the mosque attacks to decide whether intelligence services and police could have prevented the killing spree.

New Zealand has been taking prompt measures in the wake of the rampage.

New Zealand’s Prime Minister Jacinda Ardern announced an immediate ban on the sales of “military-style” semi-automatic and automatic weapons like the ones used in the mass shooting less than a week after the terror attacks.