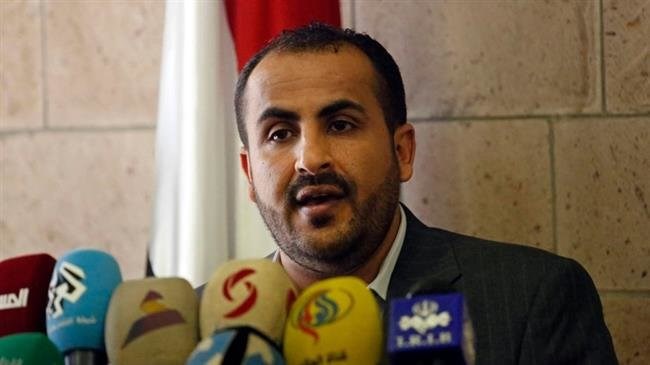 The spokesman for Yemen’s Houthi Ansarullah movement says peace and stability in the country cannot be established through submission to the Israeli regime, condemning the participation of representatives loyal to former Yemeni President Abd Rabbuh Mansur Hadi in a recent conference in Warsaw.

“The attendance of Khaled al-Yamani [the foreign minister of the former Yemeni regime] in the ludicrous conference points to the abasement of traitors to Yemen. The participation of the mercenary government in the event demonstrates that it is completely indecisive and submissive. Such a presence amounts to a national and religious crime,” Arabic-language al-Masirah television network cited Mohammed Abdul-Salam as saying on Friday.

The Houthi official was referring to the Warsaw Conference, an international gathering organized by Washington in the Polish capital, which was held between February 13 and 14. US Secretary of State Mike Pompeo had earlier claimed the gathering would focus on “stability and peace, freedom and security” in the Middle East, Presstv reported.

“The establishment of an administration in exile has forced former Yemeni regime officials to consent to normalization of ties with Israel, and follow in the footsteps of Riyadh and Abu Dhabi,” Abdul-Salam said.

He went on to say that the Warsaw Conference was aimed at weakening the Palestinian cause. The official denounced as treachery the participation of delegates from countries involved in the ongoing military aggression against Yemen as well as Hadi loyalists.

“Peace in Yemen can’t be secured through capitulation to Israel,” the Ansarullah spokesman said.

Abdul-Salam then called on all Yemeni political factions to condemn the attendance of pro-Hadi representatives in the Poland event, emphasizing that Yemenis have always stood in solidarity with the Palestinian people.

Saudi Arabia and a number of its regional allies launched a devastating campaign against Yemen in March 2015, with the aim of bringing Hadi’s government back to power and crushing Ansarullah.

According to a report by the Armed Conflict Location and Event Data Project (ACLED), a nonprofit conflict-research organization, the Saudi-led war has so far claimed the lives of around 56,000 Yemenis.

The Saudi-led war has also taken a heavy toll on the country’s infrastructure, destroying hospitals, schools, and factories. The UN has already said that a record 22.2 million Yemenis are in dire need of food, including 8.4 million threatened by severe hunger. According to the world body, Yemen is suffering from the most severe famine in more than 100 years.

A number of Western countries, the US and Britain in particular, are also accused of being complicit in the ongoing aggression as they supply the Riyadh regime with advanced weapons and military equipment as well as logistical and intelligence assistance.