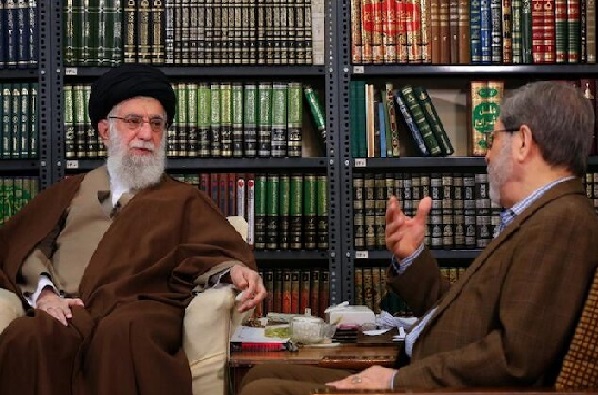 Following the publication of a video message by the Leader of the Islamic Revolution on February 27, 2020, to thank the efforts of Iran’s doctors and nurses in fighting the Coronavirus, KHAMENEI.IR interviewed Dr. Alireza Marandí, the former Minister of Health who is Imam Khamenei’s physician, about His Eminence’s concerns regarding public health in the country and his personal lifestyle in regards to medical issues.

Interviewer: Would you please tell us about the video message from the Leader of the Revolution to physicians regarding COVID-19?

Dr. Marandi: When I went to meet him on Thursday morning, he told me to come to his office first because he wanted to issue a message to physicians. I accompanied him to his office, where a camera was ready. As you know, this message was issued from his office.

Interviewer: As a physician, you have been in close contact with Imam Khamenei since the time of his Presidency, during the time he has been the Leader, and up until now. What are the most important issues for the Leader of the Revolution in medicine and healthcare, and what is his opinion regarding health and medical care in both personal and social contexts?

Dr. Marandi: One must view his behavior, the things he emphasizes, and his concerns in the framework of his very strong religious beliefs… Recently, I read the book “The Drop of Blood that Became a Ruby” about his childhood memories, and I think it is a book everyone should read. He was brought up on very strong foundations of belief, and was very pious during his childhood. Someone with this kind of faith naturally cares about health very much. God considers reviving one human being to be like reviving all human beings. The Leader cares about health in society immensely.

Since my time as the Deputy Minister, until the time I was appointed Minister (of Health), he helped prepare the ground to establish the Health and Medical Network, the early vaccination program, and answer the society’s health needs. For example, when he realized we lacked necessary funds and are in need of means of transportation for giving vaccinations and health services at the height of problems and Saddam Hussain’s war on Iran, he funded the necessary money to buy these vehicles.

Another time, we had decided to start the Children’s Health Program, and as President he came to inaugurate the program, give a speech, and give the first drop of Polio vaccine to the first child, which was the first step we took in giving vaccinations.

The Leader is more sensitive about women and children, and he always considers them to be a priority. In one of the provinces in 1985, the Governor and the President of the University had reached the conclusion that women should be referred to female dentists, and men should be referred to male dentists. I did not agree and reported this to the Leader. He disagreed with their decision and was of the opinion that we should first have enough dentists to allow for female patients to be able to consult female dentists. Thus, we should allow them to go to male dentists if they wish to. The Leader is very patient, is not a fanatic, and is aware of realities. Right now, he is very much concerned for the people because of the spread of the Coronavirus. In addition, the high cost of medical care for some illnesses disturbs him very much.

Interviewer: Tell us about some of his actions and his recommendations regarding advances in the medical and healthcare fields, and the national movement to eradicate polio.

Dr. Marandi: When he was President, we needed doctors, although there were enough Indian, Pakistani, and Bangladeshi doctors in Iran. Although, many of them were not doctors; they were mostly paramedics. We needed to increase the training of doctors in the country, but the Science Ministry did not have enough resources to do this. Therefore, we prepared a proposal to merge Medical Schools with the Health Ministry of the time to form the new Ministry of Health. After hearing of our proposal, he defended it sincerely. It led to the foundation of the Ministry of Health and Medical Universities.

Regarding the eradication of Polio, when I presented the idea for doing this to him, I told him that we did not have the manpower to implement this program and asked for permission to get help from the Basij Force. He welcomed my suggestion and wrote to the Commander of the Basij Force at the time, which led to 600,000 volunteers from the Basij coming forward. We were able to go to 12 million households in less than 12 hours and administer vaccinations.

At this time, the Leader has brought every means at the disposal of government sectors such as the Headquarters for Executing the Order of the Imam and the Mostazafan Foundation to fight the spread of Coronavirus and to provide health needs and facilities that are not available in the country. It is not necessary to say everything publicly, but he cares about all of the problems of the country. About this matter too, he is fully informed and concerned.

Interviewer: In his personal life, what is his attitude when there is a conflict between the medical opinions of doctors and his personal (Islamic) way of life?

Dr. Marandi: Whenever an opinion or diagnosis is given to the Leader by the medical team, he always likes to hear the explanation for it, because there are times when it may cause a conflict with some of his religious duties. If our explanation satisfies him, which it usually does, he never opposes it…

For example, we were not happy with his food, like his eating bread and cheese or bread and yoghurt, which he used to eat especially in the beginning when he had become the Leader. We told his Eminence that he was getting older and that he needed more appropriate food. Or till just a few months ago, since he wanted to live like the lower levels of society, he refused to eat fruit. We finally managed to persuade him to eat fruit for the sake of his health. (Later, I heard) he had asked his guards which fruit was the cheapest, and he bought that.