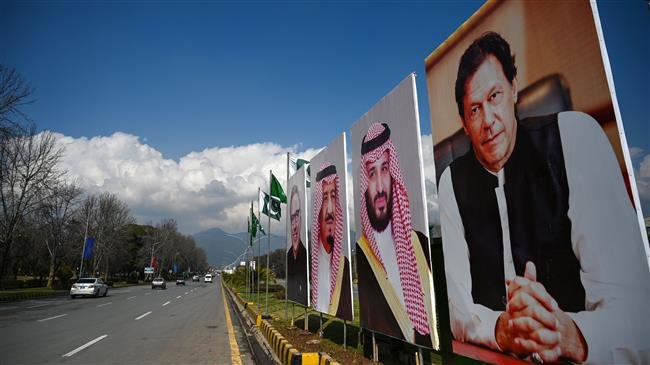 Saudi Crown Prince Mohammed bin Salman’s visit to Pakistan has been postponed amid widespread protests against him as well as heightened tensions in the region.

Pakistan’s Foreign Ministry said that a two-day visit by the crown prince to Islamabad that was scheduled for Saturday had been postponed.

The ministry said bin Salman will arrive in Islamabad on Sunday, but had no further explanation over the postponement.

The decision is believed to be taken because of the growing tension between India and Pakistan after the terrorist attack in Pulwama#PulwamaTerroristAttack #PulwamaRevengehttps://t.co/ic9KdEkfhq— MyNation (@MyNation) February 16, 2019

Do not allow bin Salman in Pakistan’

Protesters took to the streets after Friday prayers in Rawalpindi, northern Pakistan, calling on the government not to allow the Saudi prince into the country.

Leaders and activists of different parties and organizations as well as political and religious figures attended the rally.

Demonstrators say bin Salman has been behind the killing of thousands of people, including the people of Yemen.

The prince, who will be accompanied by a delegation of businessmen, is expected to sign investment agreements worth billions of dollars with cash-strapped Islamabad.

He will also travel to neighboring India, which is engaged in renewed tensions with Pakistan over a deadly car bomb attack in Kashmir, claimed by Pakistan-based militant group Jaish-e-Mohammad (JeM).

The change in bin Salman’s planned visit was announced after Indian Prime Minister Narendra Modi warned that those behind the bombing will have to “pay a heavy price.”