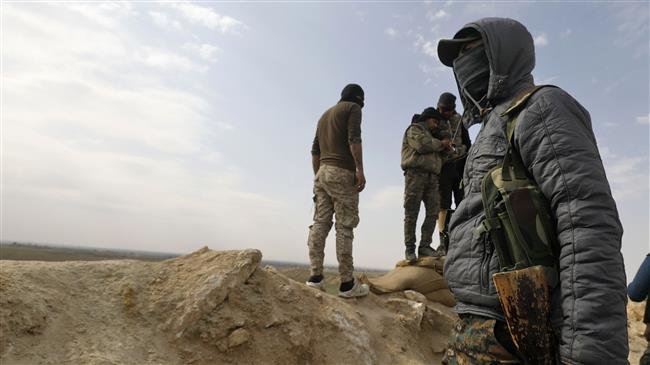 US-backed forces have captured the last enclave held by Daesh in Syria under a deal with the Daesh terrorist group, a UK-based monitoring group says.

The so-called Syrian Observatory for Human Rights (SOHR) said the last few hundred Daesh elements, many of them foreigners, had surrendered in the past two days to the Syrian Democratic Forces (SDF), a Western-backed coalition of mainly Kurdish militants.

The SDF, it added, is currently conducting sweeping operations in the farms near the town of al-Baghuz Fawqani in Syria’s eastern Dayr al-Zawr Province in search for Daesh militants hiding in tunnels.

Retaking the last Daesh enclave completely ends the terrorists’ presence at the eastern bank of the Euphrates River.

Under the deal, 200 militants have surrendered to the SDF and 240 more are expected to surrender in the future.

Over the past months, there have been numerous reports of the US airlifting Daesh amid fresh sweeping advances by Syrian army soldiers and allied fighters against the Takfiris on the battlefield.