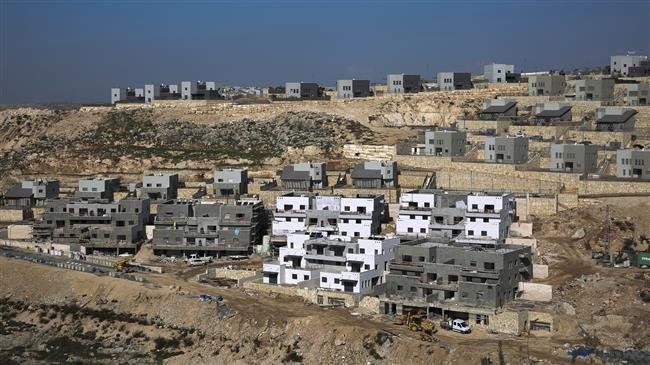 Israeli officials have approved plans for the construction of thousands of new housing units in the occupied West Bank irrespective of the international outcry against the Tel Aviv regime’s land expropriation and settlement expansion policies in the occupied Palestinian territories.

Israeli Hebrew-language daily newspaper Israel Hayom reported on Tuesday that the authorities have given the green light for 4,416 units to be built in Jerualem al-Quds, adding that 23,576 square meters of land would be expropriated for business projects and 4,253 for other purposes.

The report further noted that 464 settler units will be constructed in Gilo settlement, 180 units in Kiryat HaYovel, and 375 others in Kiryat Menahem settlement.

The map pointed to a mounting number of Israeli regime-sponsored settlement campaigns inside Palestinian neighborhoods, as well as “settler-initiated evictions of Palestinians, takeovers of their homes, and the expansion of settler compounds,” in addition the use of “touristic settlement sites” as “key points along a ring of tightening Israeli control.”

About 600,000 Israelis live in over 230 illegal settlements built since the 1967 Israeli occupation of the Palestinian territories of the West Bank and East Jerusalem al-Quds.

The UN Security Council has condemned Israel’s settlement activities in the occupied territories in several resolutions.