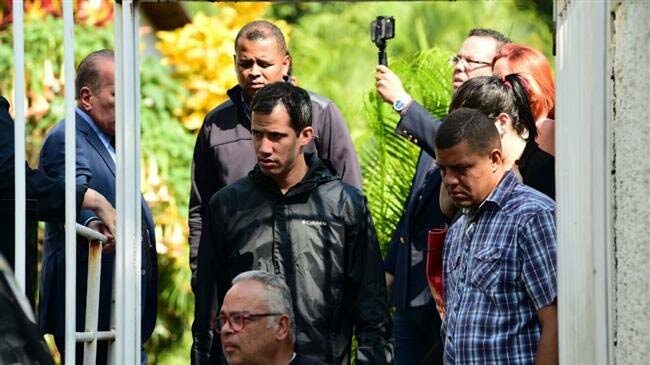 Venezuela has arrested a key aid to opposition figure Juan Guaido for leading a “terrorist cell” seeking to attack the government’s leadership.

The arrest prompted the US to threaten Caracas with “the toughest sanctions” ever.

In a televised speech, Reverol showed an image of two rifles that were found in Marrero’s place, saying he was “directly responsible for the organization” of criminal groups.

“This citizen was seized with weapons of war and numerous foreign currency in cash,” Reverol said.

Marrero’s bodyguard, Luis Paez, was also detained and faced the same charges and a search was on for “identified” collaborators, he added.