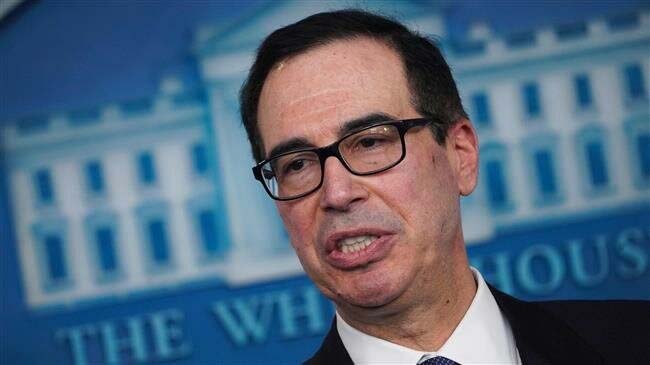 The United States has imposed new sanctions against Venezuela, now targeting the country’s national development bank and its subsidiaries, part of US-led efforts to oust the democratically elected government of President Nicolas Maduro.

The Treasury Department’s Office of Foreign Assets Control on Friday announced to impose sanctions on BANDES, a state-owned bank, and four affiliates over their support for President Maduro.

“All property and interests in property of these entities, and of any entities that are owned, directly or indirectly, 50 percent or more by this entity, that are in the United States or in the possession or control of US persons are blocked and must be reported to OFAC,” the Treasury Department Office of Foreign Assets Control (OFAC) statement said, Press TV reported.

“Maduro and his enablers have distorted the original purpose of the bank, which was founded to help the economic and social wellbeing of the Venezuelan people, as part of a desperate attempt to hold onto power,” Treasury Secretary Steven Mnuchin said.

“Roberto Marrero and other political prisoners must be released immediately,” Mnuchin stressed.

National Security Advisor John Bolton said that “BANDES bank is to Venezuela’s financial sector what PDVSA is to its oil sector. This action will severely affect any attempted currency movements by Maduro and his cronies moving forward. Do not test the resolve of this Administration.”

Mnuchin said the bank and its subsidiaries have become “vehicles” to “prop up” the Maduro government.

“The willingness of Maduro’s inner-circle to exploit Venezuela’s institutions knows no bounds. Regime insiders have transformed BANDES and its subsidiaries into vehicles to move funds abroad in an attempt to prop up Maduro,” Mnuchin said in a statement.

“The regime’s continued use of kidnapping, torture, and murder of Venezuelan citizens will not be tolerated by the US or the international coalition that is united behind President Guaidó,” Mnuchin added.

The administration of President Donald Trump has taken several measures to undermine Maduro’s government and install Venezuelan opposition leader Juan Guaido as president in Caracas against the wishes of the Venezuelan people. Russia and China support the Maduro government.

Prior to this the Venezuelan oil sector, financial sector, mining companies and money exchange business had been targeted by the US Treasury in support of the opposition forces aiming to topple the government in Caracas.

On Thursday, Venezuela arrested a key aid to opposition figure Guaido for leading a “terrorist cell” seeking to attack the government’s leadership.

Following the arrest of Roberto Marrero, Guaidó’s chief-of-staff, the US threatened the Maduro government with “the toughest sanctions” ever.

Treasury Secretary Mnuchin reiterated that Marrero and other political prisoners in Venezuela “must be released immediately.”

On Thursday, US Secretary of State Mike Pompeo and Bolton called for Marrero’s immediate release.

Maduro has repeatedly accused Washington of openly pushing for a coup in the oil-rich Latin American country. The US has already imposed economic sanctions on Venezuela and confiscated state oil assets based in the US to channel them to Guaido.

Caracas has accused Washington of waging an economic war, which has led to hyperinflation and widespread shortages of food and medicine in Venezuela.