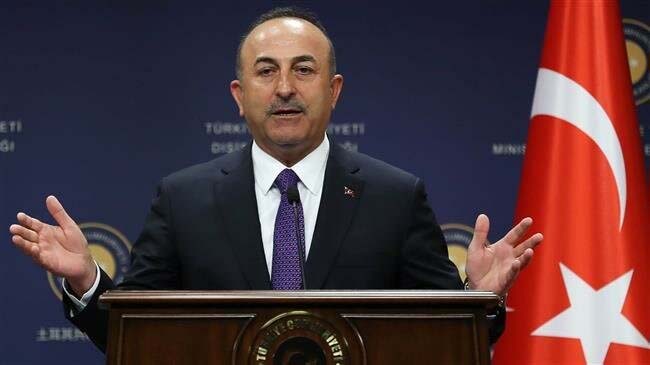 According to Turkish media ‘Anadolu Agency’, Çavuşoğlu told ‘NTV’ that Turkey does not accept designating the name of an official military body as terrorist organization, IRNA reported.

He added that US act will make Iran take harsher position.

Earlier in a joint press conference with his Qatari counterpart Mohammed bin Abdulrahman Al Thani on Tuesday, Mevlüt Çavuşoğlu said that the two countries cannot accept the US unilateral decision to add the IRGC to the terrorist group, according to Sputnik.

Çavuşoğlu noted that no country can call another country’s military forces a terrorist organization.

‘We will continue to increase financial pressure and raise the costs on the Iranian regime for its support of terrorist activity until it abandons its malign and outlaw behavior,’ Trump said.

The latest anti-Iran move of Trump was also met with fierce reactions from the Iranian officials.

In a letter to President Hassan Rouhani, he also called for a retaliatory move by labeling the United States Central Command (CENTCOM) as a terrorist organization and the US government as a terrorist sponsor.

Zarif described the move as ‘another misguided election-eve gift to Netanyahu”.

In a related development, Chairman of Majlis National Security and Foreign Policy Commission Heshmatollah Falahatpisheh announced on Monday before the US anti-IRGC decision that Iranian parliament has prepared a double-urgency bill which will be approved in case the US takes possible measures against IRGC.

Falahatpisheh said that if it happens, Iran declares the US military forces as a terrorist group like Daesh (ISIS).

The members of Iranian parliament at Tuesday’s session showed up in official uniforms of IRGC to announce their support and solidarity with the forces.

To support the IRGC, 255 out of 290 Iranian lawmakers issued a statement on April 8, stressing that the Majlis will respond reciprocally to any measure against the IRGC as part of Iran’s military forces.

The Iranian forces in coordination with governments in Iraq and Syria have played a military advisory role in fighting the terrorist group in both countries. Iraq officially announced the defeat of Daesh in 2017, while Syria has managed to retake most of the fallen areas from the terrorists thanks to the IRGC assistance.