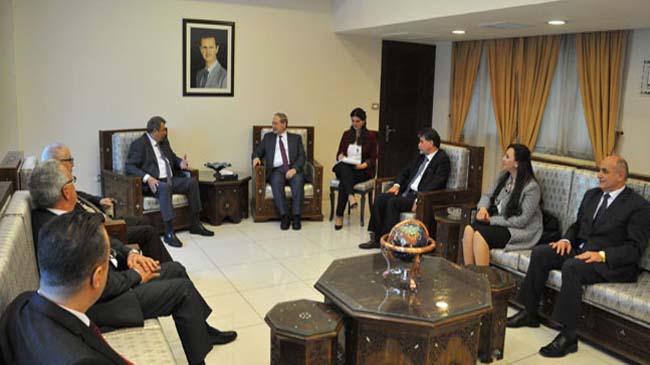 Deputy Foreign and Expatriates Minister Fayssal Mikdad on Monday met Ramzi Khoury, chairman of the Higher Council of Churches in Palestine, and the accompanying delegation.

Mikdad affirmed that Syria supports the Palestinian people in their struggle to reclaim their just, inalienable, historical rights, including the rights to return, self-determination, and establishing an independent state with al-Quds (Jerusalem) as its capital.

He also stressed that the Palestinian people need unity of rank now more than ever to confront the challenges threatening their existence and rights.

For his part, Khoury asserted that the Palestinian people will do all that is possible to stand against the so-called “deal of the century.”

He added that the goal of the delegation’s visit is to unify Syrian-Palestinian efforts to confront this deal and the US decisions regarding Al-Quds and the occupied Syrian Golan.