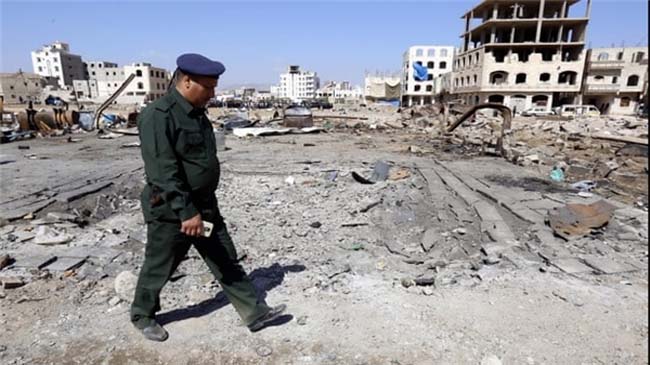 Another Yemeni commander hired by the Saudi coalition defected the Saudi side and joined the Yemeni army and Ansarullah popular forces on Friday morning.

Some sources are recounting that the number of defections among Yemeni militias hired by the Saudi coalition is increasing.

A security official told a Yemeni news agency on Friday that Colonel Ahmad al-Mojnehi who commanded a military police unit in al-Jawf Governorate of Yemen has officially announced his separation from the Saudi coalition and expressed allegiance with Yemeni army and Ansarullah popular forces.

The same source added that Colonel al-Mojnehi, along with two caravans of the forces under his command, entered Sana’a early on Friday and was pardoned based on the framework set for welcoming defectors.

“Fighting the aggressors’ plots against Yemen” has been the main motivation for the colonel and his forces, according to the Yemeni ministry of interior.

“The Yemeni militias hired by the Saudi coalition are regularly targeted with insults by Saudi and Emirati officers, and are living a very miserable life of dishonor,” Colonel al-Mojnehi told the Yemeni ministry of interior.

Saudi Arabia and its allies, including the United Arab Emirates, Morocco, and Sudan, launched a brutal war against Yemen in March 2015 in an attempt to reinstall Yemen’s former president Abd Rabbuh Mansur Hadi.

The aggression initially consisted of a bombing campaign but was later coupled with a naval blockade and the deployment of ground forces to Yemen. Around 20,000 people have died since the war began, says Yemen’s Health Ministry.

The Saudi-led war has also taken a heavy toll on the country’s infrastructure, destroying hospitals, schools, and factories. The United Nations (UN) has said that a record 22.2 million Yemenis are in dire need of food, including 8.4 million threatened by severe hunger.

Despite Riyadh’s claims that it is bombing the positions of the Ansarullah fighters, Saudi bombers are flattening residential areas and civilian infrastructures.

According to several reports, the Saudi-led air campaign against Yemen has driven the impoverished country towards humanitarian disaster, as Saudi Arabia’s deadly campaign prevented the patients from travelling abroad for treatment and blocked the entry of medicine into the war-torn country.