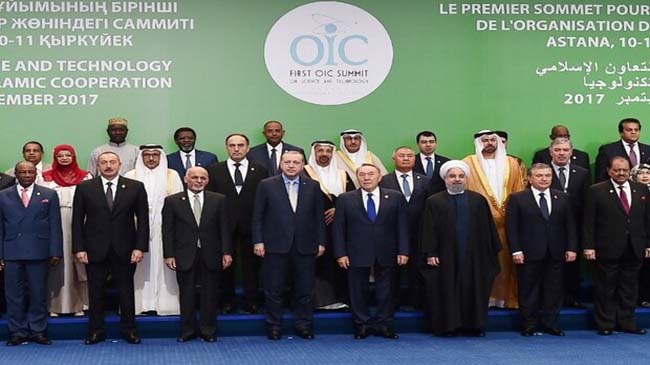 Organization of the Islamic Cooperation (OIC) in a letter to UN High Commissioner for Human Rights has called for the withdrawal of Israeli regime from the occupied Syrian Golan Heights.

The letter expresses deep concern over the US’ recognition of Israel’s ‘sovereignty’ over the occupied Syrian Golan Heights, and calls for the withdrawal of Israelis from all occupied lands, including Golan.

The OIC considers the move by the US President Donald Trump as legitimizing the occupation of the Zionist regime in Syria’s Golan and giving Syria’s territory to occupiers, the letter adds.

The OIC Member States have also stressed that the Israeli regime must abide by the resolutions of the UN General Assembly, Security Council, and Human Rights Council, and withdraw from all occupied Arab territories, such as Syria’s Golan and East Jerusalem.

On March 25, following a visit by Israeli Prime Minister Netanyahu to the White House, Trump signed a proclamation, formally recognizing Israel’s “sovereignty” over Golan. The Syrian Ministry of Foreign Affairs and Expatriates, in a statement, called the US decision a “blatant attack on the sovereignty and territorial integrity” of Syria.

Israel seized the Golan Heights from Syria after the 1967 Six-Day War and later occupied it in a move that has never been recognized by the international community.