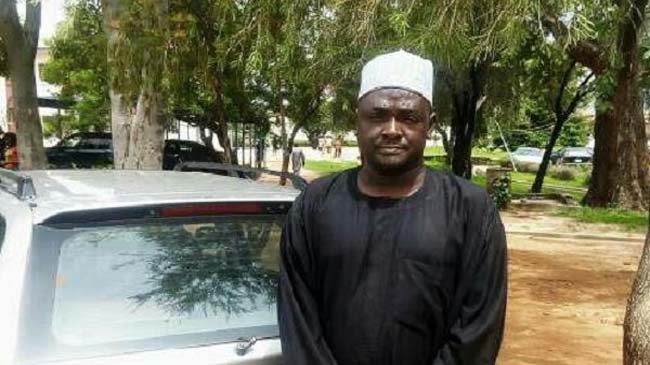 Nigerian senior member of Islamic Movement Dr. Ibrahim Suleiman said that Saudi regime has a Zionist system and structure while stressing the Nigerian President has been supported by Saudis regarding Sheikh Zakzaky.

Recently, the Nigerian government permitted a medical team to visit and examine Sheikh Ibrahim Zakzaky, the leader of Nigeria’s Shia community, and his wife which was also welcomed by the Iranian Foreign Ministry.

To shed more light on the issue we discussed it with Dr. Ibrahim Suleiman, senior member of the Islamic Movement of Nigeria.

Here is the full text of interview with him:

Please explain about the latest situation of Sheikh Zakzaky and his wife and the reason why they don’t enjoy freedom completely?

Sheikh’s lack of freedom is strange because three years have passed since the issuance of Sheikh Zakzaky’ freedom verdict but Nigeria’s President Muhammadu Buhari has been preventing implementation of the verdict. However, various groups and institutions have been calling for implementing freedom verdict of Nigeria’s top Muslim cleric Sheikh Ibrahim al-Zakzaky.

On the other hand, the actions of Nigeria’s president indicate that he is under control and influence of Saudi Arabia regarding Sheikh Zakzaky. Also we do not forget that Saudi Arabian Crown Prince Mohammed Bin Salman has admitted that they prevented Zakzaky’s activities. The silence of the great countries against the shedding of Shia blood in Nigeria is also a clear indication of our claim.

Can the leaders of the Islamic Movement of Nigeria meet Sheikh Zakzaky and his wife in prison?

Do the decline of Saudi power in the region and the failure of their policies reduce the support of Nigeria’s President to suppress Nigeria’s Shia community?

The decline of Saudi power in the entire Muslim world is effective.

What is your opinion and position on ‘Deal of the Century’ and the normalization of the relations of some Arab regimes with Zionists?

Wahhabi Al Saud was founded by the Zionists and it has a Zionist system and structure. Al Saud’s allies among some Arab countries are the same.