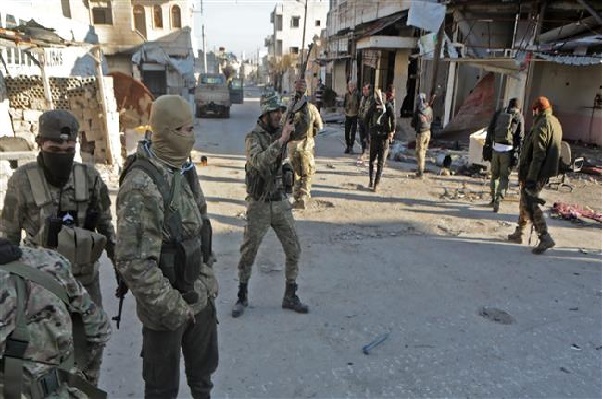 Syrian forces have dealt stinging blows to Turkish-backed Takfiri militants in the southern environs of the northwestern province of Idlib as tensions in the conflict between Ankara and Damascus have soared to a dramatic level after dozens of Turkish troops were killed in air raids in the region.

It underscored that Turkish soldiers were actively involved in leading terrorist attacks against the bases of Syrian forces, and even join the ranks of Takfiri terrorists in their attacks against Syria.

Earlier in the day, the Russian Defense Ministry said in a statement that Turkish troops who came under fire in Idlib province the previous day and at least 33 of them lost their lives were among “terrorists.”

“Turkish soldiers who were in the battle formations of terrorist groups (on Thursday) came under the fire of Syrian troops,” the statement said.

Turkish forces had not communicated their presence in the area, “where they should not have been,” it said.

“The Russian air force is not used in this zone.”

Later on Friday, Syrian army soldiers and allied fighters from popular defense groups recaptured a number of villages in the southernmost countryside of Idlib and the northwestern part of the west-central province of Hama.