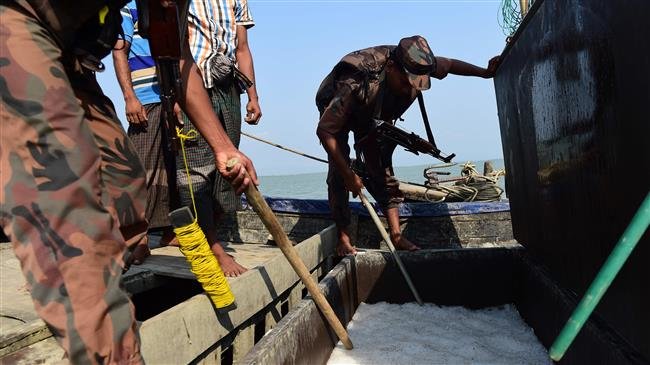 Lieutenant Colonel Asadud Zaman Chowdhury, an officer with the Border Guard Bangladesh (BGB), said on Monday that BGB forces had found 11 Rohingya women, 10 children, and a man at a village on the Bay of Bengal coast, near the border with Myanmar, on Sunday.

Chowdhury, who is BGB chief for the Bangladeshi border town of Teknaf, said the 22 Rohingya had paid traffickers up to 1,200 dollars each to get a place on a small boat for the dangerous journey.

The human traffickers apparently took other properties from the refugees as well.

“The traffickers took whatever they could from the refugees,” Chowdhury told AFP.

The Muslim Rohingya refugees in Bangladesh have fled state violence in neighboring Buddhist-majority Myanmar. Thousands from the Muslim community were killed, injured, arbitrarily arrested, or raped by Myanmarese soldiers and Buddhist mobs mainly between November 2016 and August 2017, when the surviving members of the community started fleeing to Bangladesh en masse.

About 740,000 Rohingya fled to Bangladesh last year. Some 300,000 had already fled earlier bouts of violence.