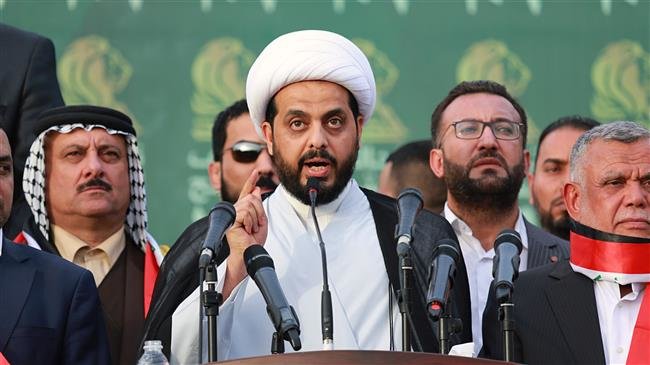 The leader of a powerful Iraqi has lashed out at the United States for propping up the Daesh terrorist outfit in order to extend the stay of American troops in Iraq.

Qais al-Khazali, leader of the Asaib Ahl al-Haq group, said in a tweet on Monday that Washington looks at its own interests in Iraq before deciding whether to destroy Daesh or help it recover from the many defeats it has suffered in recent months.

Right now, he said, Washington needs the terrorist group to justify the presence of thousands of American forces in Iraq.