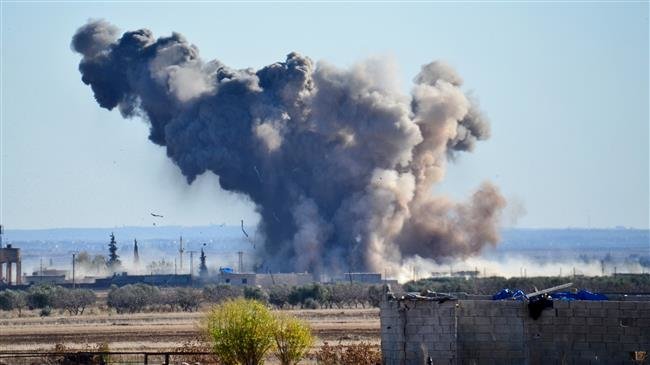 At least four civilians have been killed when the US-led coalition purportedly fighting the Daesh Takfiri terrorist group conducted an airstrike in Syria’s embattled eastern province of Dayr al-Zawr.

The aerial assaults damaged some private and public property in the targeted area as well.

The US-led coalition has been conducting airstrikes and operations against what are said to be Daesh targets inside Syria since September 2014 without any authorization from the Damascus government or a United Nations mandate.

The military alliance has repeatedly been accused of targeting and killing civilians. It has also been largely incapable of achieving its declared goal of destroying Daesh.