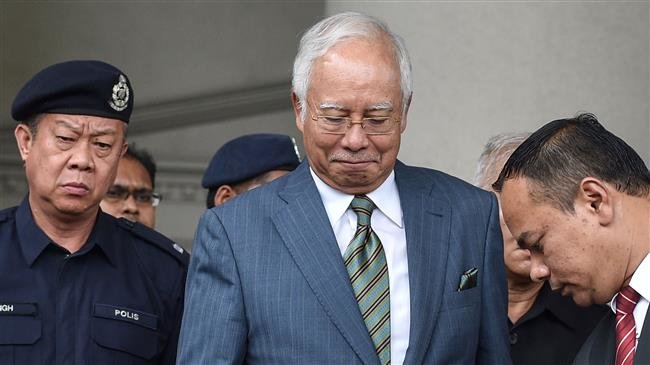 A Malaysian court has postponed the corruption trial of former prime minister Najib Razak over charges related to a multibillion-dollar scandal at state fund 1MDB pending an appeal, his lawyer says.

Najib was ousted in an election in May last year amid public fury over the alleged theft of $4.5 billion from 1Malaysia Development Berhad (1MDB).

He has pleaded not guilty to ten charges of criminal breach of trust, money laundering and abuse of power and his trial was originally set to begin on Tuesday.

His lawyers, however, filed an application last week to stay the trial pending an appeal over a lower court’s ruling to transfer some of the charges to Kuala Lumpur High Court, media reported.

Harvinderjit Singh, one of Najib’s lawyers, told Reuters in a brief text message that the Court of Appeal had agreed to postpone the trial “until the appeal is heard.”

No new date for the trial or the appeal has been set, he said.

The postponement is seen as a blow for the government of Mahathir Mohamad, which reopened probes into 1MDB shortly after the election and had promised to bring those involved in the scandal swiftly to justice.