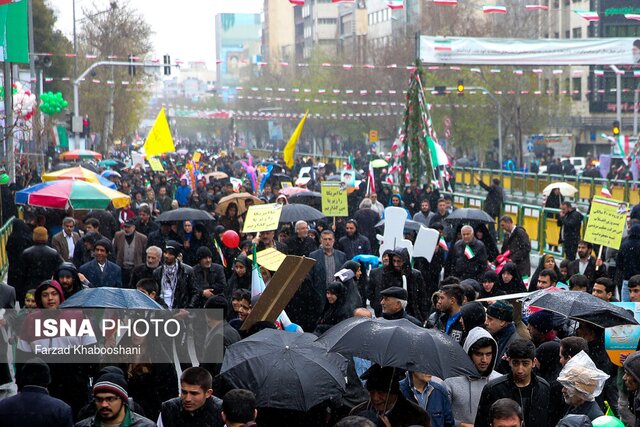 Millions of Iranian people have taken to the streets across the country on Monday to hold nationwide rallies marking the 40th anniversary of the Islamic Revolution in 1979.

Millions of Iranian people across the country are marching to celebrate the nation’s victory that put an end to the monarchical rule of the US-backed Pahlavi regime.

In the capital, Tehran, the ceremony started at 9 am local time and people and officials descended on the iconic Azadi Square.

Leading the rain-soaked commemoration, Iranian President Hassan Rouhani joined the bumper crowd of people to celebrate the 40th anniversary of the victory of the Islamic Revolution.

The day of Imam Khomeini’s return to Iran from exile (Feb 1, 1979) marks the beginning of the Ten-Day Dawn ceremonies which culminate with the anniversary of the victory of the Islamic Revolution on February 11, 1979.

Iranians toppled the US-backed Pahlavi regime 40 years ago, ending 2,500 years of absolute monarchy in the country and establishing the pillars of the Islamic Republic.