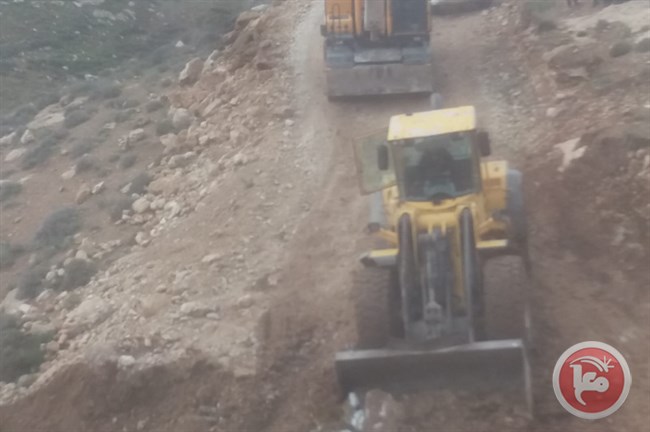 The Israeli authorities sealed off a road near the Masafer Yatta area south of the southern occupied West Bank city of Hebron, on Monday afternoon.

Coordinator of a local popular committee, Fouad al-Umour, said that Israeli bulldozers razed the road connecting Shaab al-Butm and Masafer Yatta areas, which has been opened to facilitate movement of Palestinians in southern Hebron.

Israeli forces have continuously sealed off the road since it was opened.

Al-Umour added that this comes under Israel’s plan to expel Palestinians from their lands.

The South Hebron Hills, known locally as Masafer Yatta, lie almost entirely in Area C, the 62 percent of the West Bank under full Israeli civil and security control since the 1993 Oslo Accords.