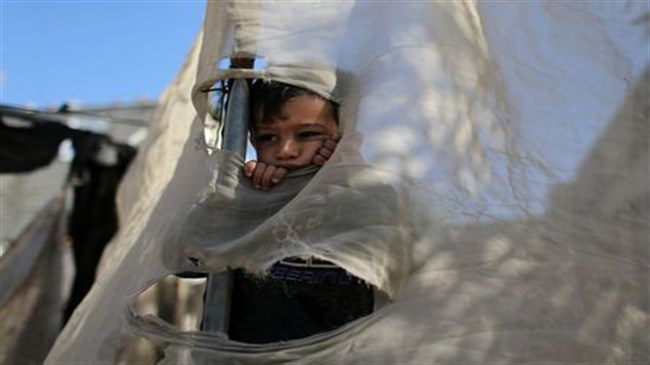 In his Friday address to the Committee on the Exercise of the Inalienable Rights of the Palestinian People, Guterres stressed that the two million Palestinians of the Gaza Strip “remain mired in increasing poverty and unemployment, with no access to adequate health, education, water and electricity”, leaving young people with “little prospect of a better future,” maannews.com reported.

The UN chief also urged “Israel to lift restrictions on the movement of people and goods, which also hamper the efforts of the United Nations and other humanitarian agencies, without naturally jeopardizing legitimate security concerns.”

Lauding the UN Relief and Works Agency for Palestine Refugees in the Near East (UNRWA) for its “critical work” in Gaza, the occupied West Bank and across the region, Guterres called on the international community to “significantly” increase efforts to revitalize Gaza’s economy.

Turning to the “risk of further unrest in the West Bank”, the UN chief flagged that Israeli construction and settlement plans have expanded, including in East Al-Quds.

“Settlements are illegal under international law” he asserted, “They deepen the sense of mistrust and undermine the two-state solution”.

Around 600,000 Israelis live in settlements in the occupied West Bank. Israel has controlled the West Bank since seizing it in a 1967 war.

Guterres said he regretted Israel’s decision not to renew the mandate of the Temporary International Presence in Hebron [Al-Khalil], saying: “I hope an agreement can be found by the parties to preserve this longstanding and valuable arrangement.”

“Palestinians have endured more than a half-century of occupation and denial of their legitimate right to self-determination” with both sides continuously suffering from “deadly cycles of violence”, the UN secretary general remarked.

On Friday, for the 47th week in a row along the Gaza fence, Palestinians took part in ongoing rallies against Israel’s decades-long occupation, Anadolu Agency reported.

In a statement, Gaza’s National Authority for Breaking the Siege (NABS) urged the people of Gaza to take part in Friday’s demonstration, which was held under the slogan, “Gaza cannot be broken.”

Since Palestinians in Gaza began holding the rallies in March of last year, more than 250 protesters have been killed — and thousands more injured — by Israeli forces.

During Great March of Return demonstrations, Palestinians demand the right of Palestinian refugees to return to their homes in historical Palestine from which they were driven in 1948 to make way for the Israeli regime.

They also demand an end to Israel’s 12-year blockade of the Gaza Strip, which has gutted the coastal enclave’s economy and deprived its roughly two million inhabitants of many basic commodities.