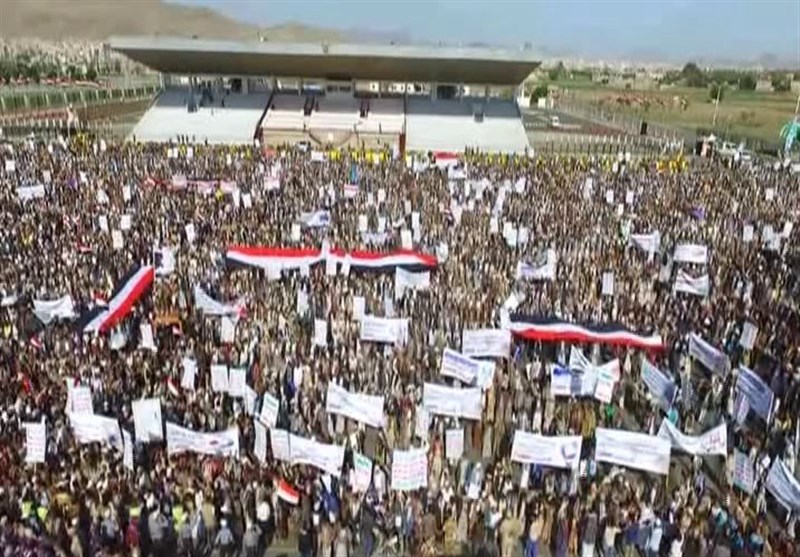 Thousands of Yemeni people poured into the streets of the northern city of Sa’ada to voice support for the Palestinian cause and condemn normalization of Israeli-Arab ties.

The massive rally followed the conclusion of the Warsaw Conference, organized by the US in the Polish capital on February 13-14.

The political bureau of the Yemeni popular movement, Ansarullah, condemned the participation of the foreign minister of the former government of Yemen, Khaled al-Yamani, in the summit, describing it as part of a Zionist-American plot to normalize Arab countries’ ties with Tel Aviv.

The Palestinians, who boycotted the conference, strongly protested the summit and the participation of Arab ministers.

Nabil Shaath, an adviser to Palestinian President Mahmoud Abbas, wrote in a column published by Israel’s Haaretz newspaper that the Warsaw conference lacked credibility as it aimed to “normalize” the Israeli occupation of Palestinian territory.

“By fully siding with the Israeli government, (the Americans) have tried to normalize the Israeli occupation and the systematic denial of the Palestinian right to self-determination,” he said.

Saeb Erekat, the secretary-general of the Palestine Liberation Organization’s Executive Committee, called it “an attempt to bypass” the Arab Peace Initiative.