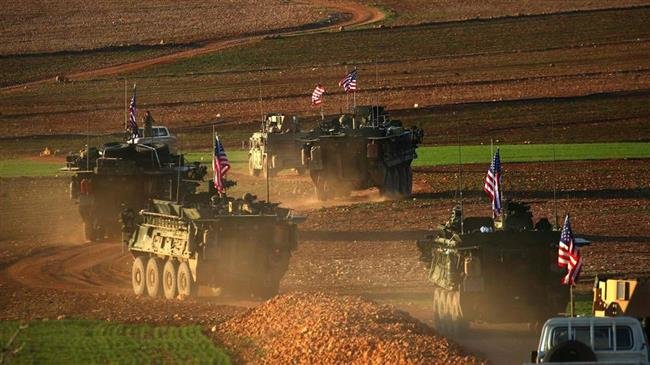 A senior official in the administration of President Donald Trump says the US will keep approximately 400 troops in Syria after the planned pullout, contradicting an earlier statement putting the number at 200.

The official, who spoke on condition of anonymity, told Reuters on Friday that Trump had been persuaded by advisers that about 200 American troops would – along with European forces -observe a potential safe zone in northeastern Syria.

Some 200 other troops would remain at the US al-Tanf base, situated in Syria’s Homs Province near the Iraqi border, he added.

The remarks came hours after White House Press Secretary Sarah Huckabee Sanders announced that only “a small peace-keeping group of about 200 [US soldiers] will remain in Syria for a period of time.”

Trump ordered the withdrawal of all 2,000 American forces from Syria in December 2018 amid preparations by Turkey to launch an operation against US-backed Kurdish militants in the Arab country.

His abrupt move sparked concern among officials in Washington, prompting Defense Secretary Jim Mattis to step down in protest.

The planned pullout also raised worries among Kurdish militants in Syria and left them feeling abandoned by Washington.

The remaining troops, he argued, would be “a very small, tiny fraction” of the forces who would ensure that the Daesh Takfiri terrorist group does not regroup.

Elsewhere in his comments, the American official stressed that he had “asked the president for a couple hundred – he said yes.”

“It’s not a firm number, and the president understood that when we asked him,” he noted.

The US is looking for its allies to deploy hundreds of troops to Syria following the withdrawal of American soldiers.