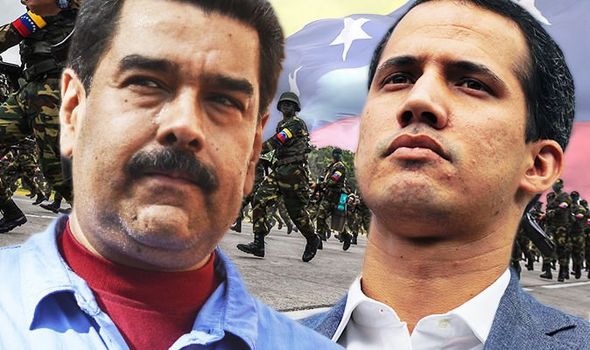 “The Bolivarian government is informing the population that, due to the grave and illegal threats from the government of Colombia to Venezuela’s peace and sovereignty, it was decided to fully temporarily close the bridges of Simon Bolivar, Santander and Union,” Delcy Rodriguez wrote on Twitter on Friday.

The opposition, led by Juan Guaido, who proclaimed himself Venezuela’s interim president, expects humanitarian aid to begin arriving in the country on Saturday. The US relief aid has been so far collected at logistics hubs in Brazil’s Roraima, Colombia’s Cucuta and on the Caribbean island of Curacao.
Venezuelan President Nicolas Maduro previously said that Venezuela would close the border with Brazil and was considering closing the border with Colombia. He has warned that the US and its allies were using “the pretext of delivering humanitarian aid” to try to “destroy the independence and sovereignty of the country.”

Venezuela’s Foreign Minister Jorge Arreaza said earlier in the day that Venezuela had updated UN Secretary-General Antonio Guterres on Washington’s plan to “force” aid into the country, adding that the UN chief was watching the situation closely. He has also noted that blaming deaths at the Venezuelan border on Maduro is a part of Washington’s “script”. He also disputed reports about indigenous fatalities at the border and said President Nicolas Maduro’s government would never order troops to fire on civilians.