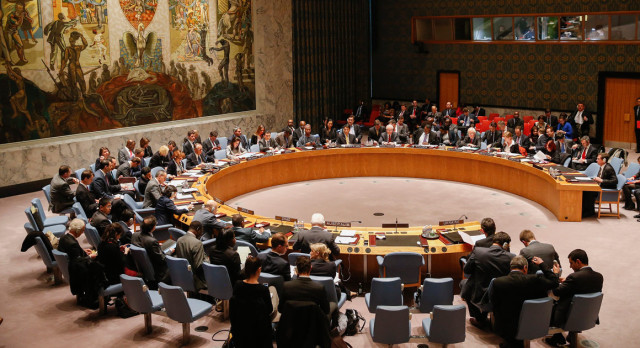 Russian diplomatic mission to the United Nation introduced Wednesday its own resolution on Venezuela at the UN Security Council that proposes to back the country’s sovereignty and solve the political crisis within the framework of “the Montevideo mechanism”.
In particular, the Montevideo mechanism envisages four stages: the immediate launch of a dialogue on the situation in Venezuela, the negotiation process, the drafting of an agreement and its implementation.
Meanwhile, the United Nations Security Council at the request of the United States on Thursday will vote on a draft resolution calling for new presidential election in Venezuela, a diplomatic source told Sputnik. The US resolution requests that UN Secretary-General Antonio Guterres implement UN mitigation efforts to ensure “free, fair, and credible presidential elections”, the text of the document says.
“The voting is planned to take place tomorrow [Thursday]”, the source said on Wednesday. The US-sponsored draft document calls for holding presidential elections under international observation, as well as facilitating the delivery of humanitarian aid to Venezuela.