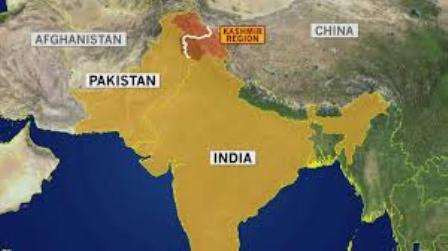 Pakistan embassy in Tehran urged Iran to mediate between Islamabad and New Delhi, following the escalation of tensions between the two neighboring states.

‘Government of India and its media have launched a malicious campaign against Pakistan without any investigations into the Pulwama incident. The Prime Minister of the Islamic Republic of Pakistan, immediately after the incident, reached out to the Indian Government to share any actionable intelligence on the Pulwama incident and to settle the outstanding issue of Jammu & Kashmir through dialogue and negotiation. However, regrettably the Indian government did not accede to this gesture and instead carried out a military intervention inside Pakistan’s territory. Pakistan was, therefore, forced to retaliate militarily,’ the embassy’s statement added.

It noted that ‘A special meeting of Pakistan’s National Security Committee (NSC) was held by the Prime Minister on 26th February. It rejected India’s fictitious claims of hitting an alleged terrorist camp in Balakot; highlighted the Indian governments’ reckless action motivated by electoral calculations, reiterated Pakistan’s national resolve to respond to this act of aggression, and engage the global leadership to expose irresponsible Indian policy in the region.’