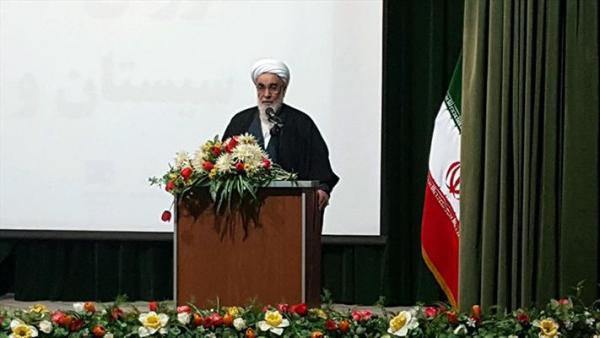 Senior Iranian scholar stressed necessity of Muslim unity and rejected any voice against solidarity of Islamic nation warning of supporters of disunity as treacherous to Iranian revolution and nation.

Hujjat-ul-Islam Mohammad Mohammadi Golpaygani, head of the Supreme Leader bureau attended the administrative meeting in the Iranian southeastern province of Sistan and Baluchistan warning of Daesh as an outcome of disunity among Muslims, reported Taqrib News Agency (TNA).

He underlined necessity of unity among Muslims and warned of enemies in ambush to damage Islamic Revolution in order to undermine Islamic solidarity.

“He who calls for disunity has acted against solidarity and is treacherous to our government and nation” stressed Hujjat-ul-Islam Mohammadi Golpaygani.

The cleric hailed the fraternal ties and coexistence of the Shia and Sunni communities in Iran, particularly in Sistan and Baluchistan and warned,” enemies are outraged over this solidarity and are in ambush to undermine the intimacy of Islamic denominations in our country.”

He called unity as guarantee for Islamic Revolution and vowed,” There will be no threat as far as the people are united.”