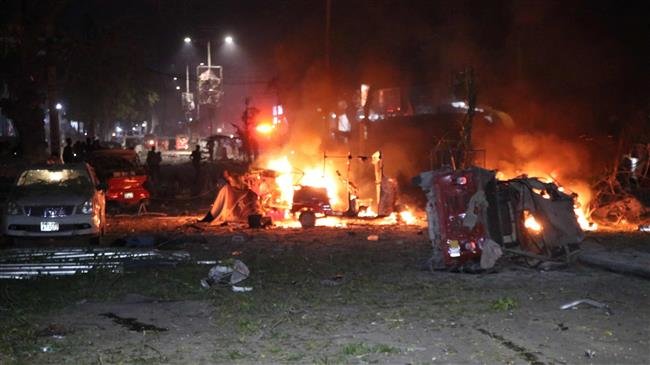 Somalia has strengthened security across the capital, Mogadishu amid new threats by the al-Qaeda-linked al-Shabaab militant group which killed scores of people on Thursday.

At least 36 people, mostly civilians, were killed and over 60 wounded after a bomber rammed his explosives-laden car into the Hotel Maka al-Mukarama and nearby buildings in Mogadishu.

Prime Minister Hassan Ali Khaire said the assault had targeted civilians. “There is only one option for us all – defeating the enemy of peace,” he told reporters.

“We are now in the process of strengthening our armed forces – equipping them and providing logistical support. I assure you all that we will defeat al-Shabaab,” he added.