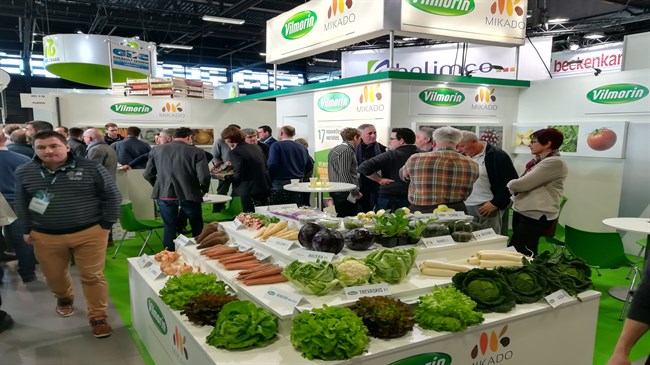 French seed maker Vilmorin, said on Tuesday it was continuing some exports to Iran with the backing of a French bank, and will participate in efforts to implement a European scheme to avoid US sanctions targeting trade with Tehran.

Vilmorin, one of the world’s largest suppliers of seeds for grain and vegetable crops, has cited the US sanctions against Iran as among the short-term risks to its activities in emerging markets, along with currency volatility. Food and agricultural goods are not directly targeted by US sanctions related to Iran’s nuclear program, but restrictions on dollar-based transactions have impeded trade, Reuters wrote.

Vilmorin is working with a banking partner that is not one of the big French lenders to finance deals with Iranian clients able to pay in euros, Chief Financial Officer Vincent Supiot said at a presentation of the company’s first-half results.

“We have done a few transactions since the start of the financial year,” he told reporters.

“We are going to have lower sales (to Iran) than before,” he said, adding they should amount to “several million euros”.

He declined to name the bank working with Vilmorin but said it was much smaller than the major French lenders that have US activities and massive dollar flows.

Vilmorin had previously reported annual sales of around 10 million euros ($11.33 million) in Iran.

While this was small compared with group sales of 1.35 billion euros in its 2017/18 year to June 30, disruption of Iranian trade could trim short-term growth prospects and was also a setback given strong seed demand in Iran, the world’s fifth-largest vegetable grower, Supiot said.

To maintain exports to Iran, Vilmorin was also exploring the potential for new local customers with access to foreign currency, and the possibility for customers to set up outlets in third countries that would then ship goods on to Iran.

The seed maker is also considering taking part in a proposed European scheme, known as INSTEX, to conduct non-dollar trade with Iran via a barter system that would avert US penalties.

Vilmorin is among some 70 French food, farming and pharmaceutical firms invited to a briefing at the French Finance Ministry with the head of INSTEX on Thursday.

“We consider that we’ll be able to conduct sales (to Iran) this financial year with the help of our banking partner, we’ll have to see for the other scheme,” Supiot said.

France, Germany and Britain legally set up the entity in January, but it is expected to take several months before it becomes operational. The European powers must first establish a budget for INSTEX and define its rules. Iran must also set up a mirror company.