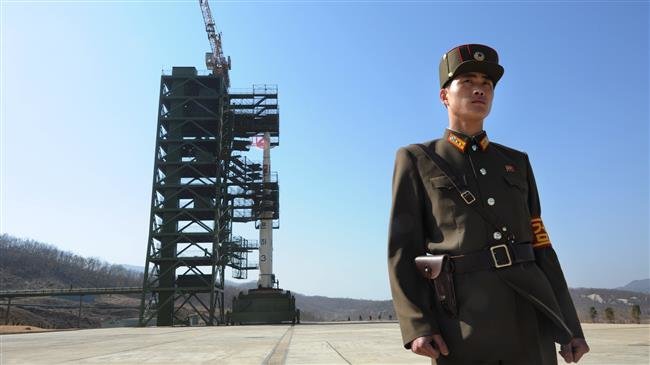 South Korea alleges that North Korea is restoring a ballistic missile launch facility it had torn down as an initial step toward denuclearization of the Korean Peninsula, less than a week after US President Donald Trump cut short his second summit with North Korean leader Kim Jong-un without sealing a deal.

South Korea’s Yonhap news agency cited on Tuesday a report by the country’s National Intelligence Service (NIS) as saying that North Korea “appears to be putting back a roof and a door (to a Dongchang-ri facility).”

The site, located in North Pyongan Province, is said to be served as the engine test site and missile launch facility for liquid-fueled intercontinental ballistic missiles (ICBM).

Last year, Pyongyang announced that the site, which is known by at least two other names, Tongchang-ri and Sohae, had been fully destructed.

The NIS, which announced the unexpected news during a briefing to the National Assembly’s intelligence committee, further said “the US information is the same as ours.”

The report by the South’s spy agency confirmed, however, that late last year Pyongyang halted the operation of its 5-megawatt reactor at its mainstay nuclear complex in Yongbyon, north of Pyongyang, “with no signs of reprocessing activities there.”

It also said the underground tunnels of North Korea’s nuclear test site in Punggye-ri had remained shut and unattended since Pyongyang destructed them in May last year.