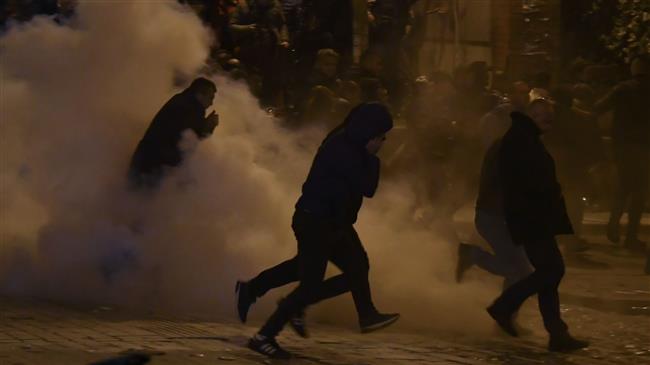 Thousands gathered outside the parliament in the Albanian capital of Tirana on Tuesday to protest Prime Minister Edi Rama, demanding his resignation and fresh elections.

Footage shows opposition leader Lulzim Basha taking part in the protest, and police reacting to firecrackers and smoke canisters being thrown their way.

Several anti-government demonstrations turned violent in Albania in February. The government is the subject of corruption allegations regarding the building of a road around the capital.