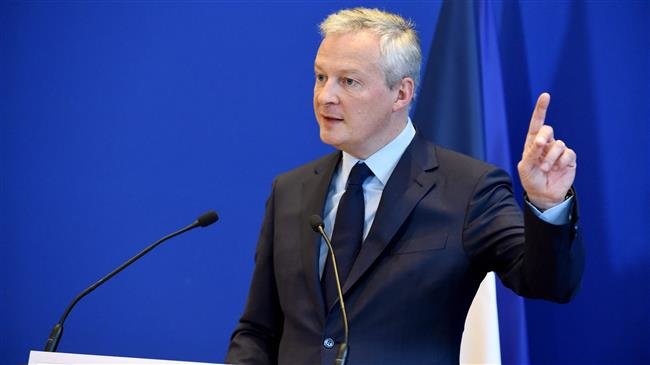 The French government has introduced a tax bill for digital giant companies like Apple, Google, Amazon, and Facebook, obliging them to pay a three-percent tax to France.

The tax bill was introduced by French Finance Minister Bruno Le Maire during the meeting of the Council of Ministers on Wednesday.

Under the European Union’s law, internet giants can choose to report their income in any member state, prompting them to choose low-tax nations such as Ireland, the Netherlands or Luxembourg.

But Le Maire said that “nobody can accept that the biggest tech and digital companies in the world pay 14 tax points less than other companies in Europe and elsewhere.”

With the introduction of this new tax, the French government aimed to “invent the tax system of the 21st century,” he said.

According to Le Maire, about 30 companies, mostly from the US, will be liable and the amount raised from such a tax on sales from January 1, 2019, should soon reach 500 million euros.

Only companies that have a turnover of 750 million euros globally and €25 million in France will be liable for the tax, he said, adding that the economy ministry does not want to stifle the growth of French start-ups or create problems for SMEs embracing digitalization.

The new tax bill seems to be mainly targeting giant tech firms based in Silicon Valley, California. The French tax alone would represent just a sliver of the revenues of American tech giants, but it could pave the way for further regulation of US tech companies in Europe, including an EU-wide digital tax.

An EU-backed effort to pass a 3 percent tax on the revenues of big internet companies failed last year amid concerns from countries including Ireland and Germany, who feared retaliation from the US.

Back in June 2018, the administration of US President Donald Trump imposed 10 percent tariffs on aluminum imports and 25 percent tariffs on steel imports, which mainly affects the EU, Canada, and Mexico, ending exemptions that had been in place since March.

Trump argued at the time that enormous flows of imports to the US were putting in jeopardy the American national security, and made an odd departure from a decades-long US-led move towards open and free trade.