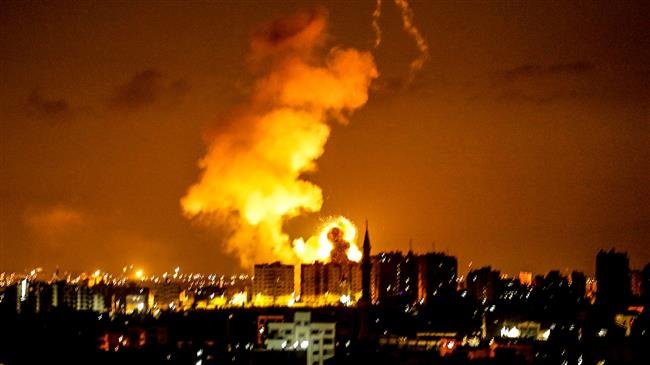 Israeli forces have fired at Palestinian protesters during a night-time protest in the Gaza Strip, killing a teenage boy, on the same night when the regime’s warplanes launched fresh airstrikes on the besieged enclave.

The 15-year-old boy, identified as Saif al-Deen Abu Zeid, was shot dead by the Israeli forces during a protest rally held in eastern Gaza on Wednesday night, medical sources in the enclave confirmed.

Health Ministry spokesman Ashraf al-Qudra told AFP that the boy died “due to the wounds he sustained a few hours ago.”

Several other Palestinian youngsters were also injured by live bullets.