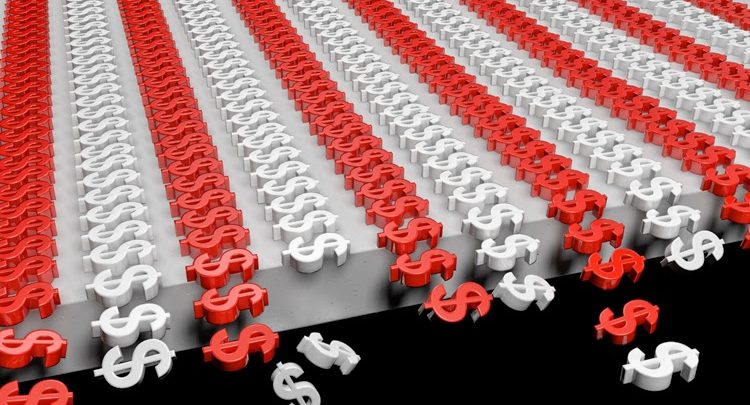 The US Commerce Department has announced the country’s trade deficit hit a 10-year high in 2018 despite the sweeping tariffs President Donald Trump imposed on imported goods.

The figures released on Wednesday by the Census Bureau showed the deficit jumped nearly 19 percent in December.

The shortfall pushed the trade imbalance to a decade-long high, with both imports and exports rising to 621 billion dollars, the highest level ever recorded.

The deficit widened despite President Trump’s protectionist trade policy and his efforts to revive American manufacturing and reduce dependence on imported goods, including steel and other materials.

Since Trump took office, the deficit has grown by more than $100 billion, the Census Bureau reported.

That means that the United States is importing more in goods and services than it sells abroad — despite two years of Trump’s “America First” policies.

The president has put tariffs on $250 billion of Chinese goods, as well as on most foreign steel and aluminum, solar panels and washing machines. They were meant to make US-made goods cheaper than foreign competitors’ and incentivize consumers to buy American.

But while a majority of the tariffs went into effect in the last half of the year, the goods deficit in December rose $9 billion.

That’s partly because of a rush to import goods ahead of a potential additional tariff increase by the administration. The goods deficit with China rose more than $3 billion in December as some companies rushed to buy inventory under the wire.

The US president has made it a priority to shrink the trade deficit, which he uses as a measure of whether the US is winning or losing on trade. He’s argued that bad trade deals have allowed other countries to take advantage of the United States.

“I blame our leaders and representatives for allowing this travesty to happen,” Trump said at this year’s State of the Union address.

Trump pulled the United States out of the Trans-Pacific Partnership and renegotiated the North American Free Trade Agreement, both of which he called some of the “worst” deals. He’s currently pursuing separate deals with China and the European Union.

Tariffs aside, the Trump administration has finalized just one new trade deal, with South Korea. The NAFTA replacement, known as the US-Mexico-Canada Agreement, still needs to be voted on in Congress, and lawmakers on both sides of the aisle have raised concerns.

But there are signs that Trump is nearing a new deal with Beijing. Last week, the administration shelved its threat to escalate tariffs on Chinese goods as negotiations continue.

Trump has said he hopes to invite his Chinese counterpart Xi Jinping to a signing summit at his Mar-a-Lago resort in Florida.

The Us president had originally warned that he would escalate the tariffs he has imposed on Chinese imports, from 10 to 25 percent, if the two sides failed to reach a deal by 2 March.

But in recent days, he raised the possibility of extending that deadline if negotiators were nearing an agreement.