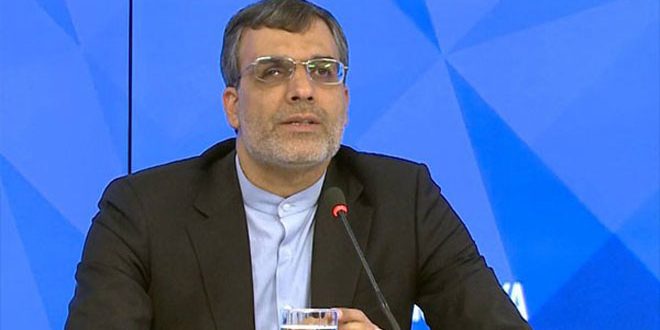 Senior Assistant to Iran’s Foreign Minister for Special Political Affairs, Hossein Jaberi Ansari on Wednesday held separate talks in Tehran with Russian, Chinese and German delegations on the latest developments in Syria and combating terrorism in it.

Talks during the meetings touched upon different issues related to the crisis in Syria, on top the issue of combating terrorism and the return of the displaced Syrians to their hometowns, in addition to the reconstruction process.