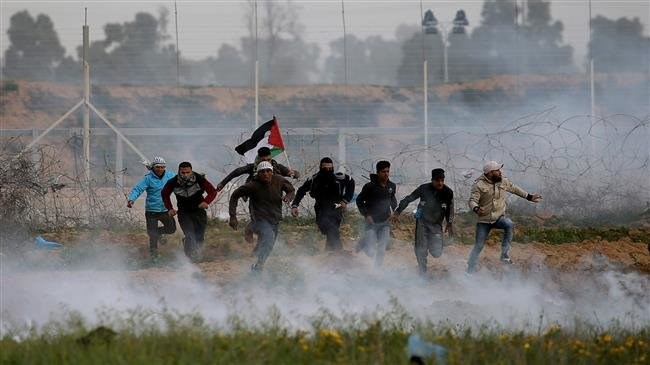 Iran has blasted Saudi Arabia and Israel for killing innocent people in Yemen and Palestine, saying the Western countries selling weapons to Riyadh and Tel Aviv are “complicit” in the atrocities the two regimes have been committing.

Esmaeil Baghaei, Iran’s ambassador to the United Nations Office in Geneva, made the remarks at the 40th session of the Human Rights Council on Wednesday.

The “organized killings” of the Yemeni and Palestinian people are “a disgrace to humanity,” he said, adding that arms exporters to Saudi Arabia and the Zionist regime are “complicit” in their crimes, according to presstv.ir.

Baghaei also criticized the hypocrisy of some countries in exerting pressure on independent states under the pretext of defending human rights.

Widespread rights violations in the Middle East stem from occupation, foreign invasion and illegal interference in the affairs of countries, he said.

The countries, which have turned the region into a “weapons deport” and fuel extremism there in line with their short-sighted political and economic objectives, should be taken to task, he added.

The Iranian envoy further noted that the US, Britain and other European countries must be held accountable for Israeli and Saudi crimes.

Moreover, he strongly denounced illegal US sanctions against other countries such as Iran, saying such bans constitute “crimes against humanity.”

Separately on Wednesday, the UN human rights chief said she was disappointed with Israel’s “immediate dismissal” of a recent report about the regime’s deadly crackdown on the 2018 anti-occupation rallies in the Gaza Strip.

The report, commissioned by the UN Human Rights Council, said Israeli forces may have perpetrated “war crimes” or “crimes against humanity” during the Gaza unrest. It infuriated Israel, with Acting Foreign Minister Yisrael Katz calling it “hostile, deceitful and biased.”

“The end of this month will mark one year since the start of demonstrations which – as the Council’s Commission of Inquiry reported – have been met with deadly, disproportionate force by the Israeli Security Forces, leading to a very high toll of killings and injuries,” Michelle Bachelet said.

The Temporary International Presence in Hebron (TIPH) had “helped to prevent and mitigate some human rights violations in a frequently challenging context,” she said.