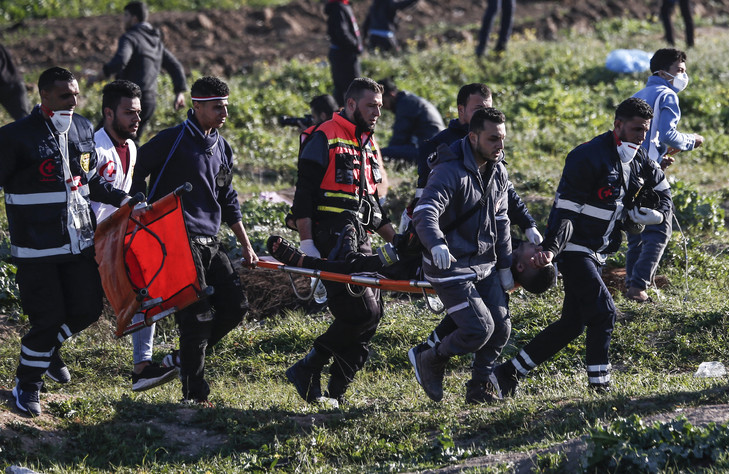 Israeli aircrafts attacked Friday overnight several targets in the Gaza Strip, claiming the strikes were after a projectile was fired from Gaza at the occupied territories, the occupation military said, following a day of clashes along the border that saw a Palestinian youth martyred.

The occupation military said in a statement that a Hamas military compound in southern Gaza and underground facilities in the north were attacked.

Earlier on Friday, Israeli forces have shot and killed a Palestinian man and wounded more than 40 as thousands protested near the border between Gaza and the occupied territories., Tamer Arafat, 23, died from his wounds on Friday during the 50th week of the Great March of Return, spokesman of the Palestinian health ministry, Ashraf al-Qudra said.

He added that 48 Palestinians had been wounded by Israeli gunfire, including four medics, two women and 15 children.

The Israeli military said over 8,000 Palestinians took part in the demonstration.

Palestinians in Gaza have been demonstrating as part of the Great March of Return for nearly a year since 30 March 2018, calling for an end to the crippling 11-year Israeli blockade of the small coastal enclave, as well as the implementation of the right of return for Palestinian refugees, who form an overwhelming majority of Gaza’s population.