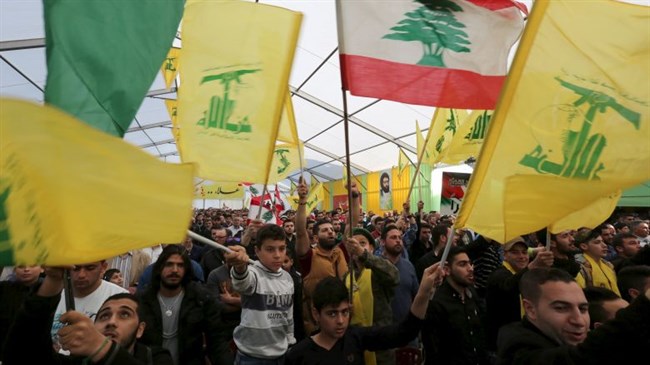 Germany will not follow Britain’s lead in declaring Lebanon’s Hezbollah a terrorist organization, a senior official said on Friday.

Minister of State Niels Annen told weekly news magazine Der Spiegel that the resistance movement remained a relevant factor in Lebanese society and the European Union had already added its military wing to a list of proscribed groups in 2013.

Britain last month said it would ban all wings of Hezbollah accusing it of destabilizing the Middle East.

“The British move is a national decision that has no direct impact on the position of the German government or the EU,” Annen said.

Hezbollah strongly condemned the move, and described it as an insult to the Lebanese nation.

“The British government, in this decision, insulted the sentiments and the free will of the Lebanese people, who consider Hezbollah such a political and popular force that they granted it big representation in Parliament and cabinet,” Hezbollah said in a statement released after the UK’s decision.

Long the most powerful group in Lebanon, Hezbollah’s influence has expanded at home and in the region. It is represented in the Lebanese Parliament and holds three of 30 ministries in the government led by Prime Minister Saad al-Hariri, the largest number ever.

Britain has become increasingly angered by Hezbollah’s role in an anti-militancy campaign in Syria, where London has for the past eight years supported armed groups opposed to the government of President Bashar al-Assad.

Hezbollah has played a major role in helping Assad purge the Syrian territory from terrorist groups.

Saudi Arabia, the United States and Israel have pressured allies to ban Hezbollah in its entirety.

Annen, who spoke to Spiegel after a visit to Lebanon, said Germany was interested in Lebanese stability and Britain’s decision would have no direct impact on the position of Germany or the European Union.

“Despite all that is said and done, they will be disappointed. Their actions will not be able to make us poor, hungry or isolated. Those that support us will continue in their support – be they countries, people or our people and the people of resistance in Lebanon,” he said in a televised speech.

“The sanctions and terror lists are a form of warfare against the resistance and we must deal with them as such,” Nasrallah said, calling on the “popular base” to support the movement with donations.

“It is the responsibility of the Lebanese resistance, its popular base, its milieu,” to confront these measures, he said.

Germany’s refusal to ban Hezbollah as a whole could add to tensions with Riyadh over its leadership of a coalition fighting the Houthis in Yemen, and the killing of journalist Jamal Khashoggi.

France, Britain and European arms makers are pressing Germany to end a unilateral freeze in arms shipments to Saudi Arabia imposed by Berlin after Khashoggi’s death that is holding up billions of euros of weapons deliveries.