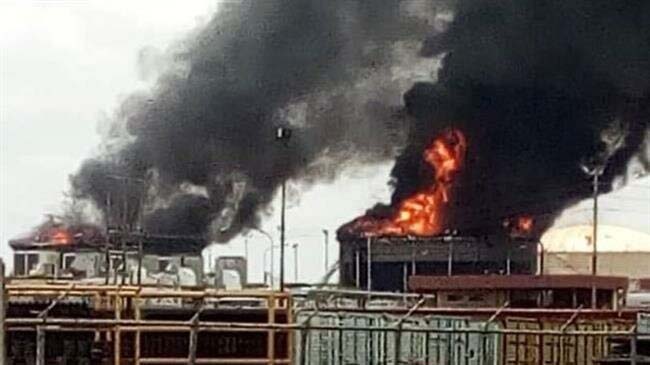 Venezuela says the US and the country’s Washington-backed opposition are behind a “terrorist attack” on an oil facility in the crisis-hit Latin American state.

The blaze broke out at the Petro San Felix heavy oil processing plant in eastern Venezuela late Wednesday. There were no reports of casualties.

Speaking to state television, Oil Minister Manuel Quevedo accused the head of the opposition-ruled Congress, Juan Guaido, who has named himself as Venezuela’s interim president, for triggering the incident.

The minister said on Twitter that Guaido and the opposition were “intensifying terrorist incursions” against the state-owned oil company PDVSA to impact Venezuela’s vital crude exports.

Quevedo also accused Guaido of collusion with the United States. “Traitors!” he wrote, adding “the US has decided to rob Venezuela of its oil resources… (and) wants blood to flow.”

The US has recognized Guaido as Venezuela’s head of state and has already targeted Venezuela’s oil exports, which account for 90 percent of the country’s revenues, with sanctions.

Washington has also been pressuring other countries to reduce their oil purchases from Venezuela.

The Latin American country has been facing dire economic conditions and months-long protests, with President Nicolas Maduro putting the country’s woes down to US intervention and accusing Washington of attempting a coup against his government.