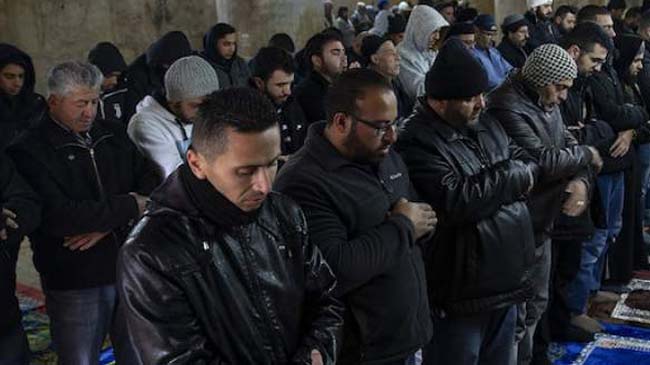 “The recent closure of the Al-Aqsa Mosque complex, along with assaults on worshipers by Israeli police, constitute blatant attacks on Islamic holy sites,” the Doha-based IUMS said in a statement.
It also blamed Arab countries for allegedly seeking to normalize their relations with Israel.
“The [Arab] regimes rushing to normalize ties with the Zionist entity bear considerable responsibility [for the recent violence] by giving the green light for such attacks,” the IUMS asserted.
It went on to urge the Jeddah-based Organization of Islamic Cooperation (OIC) to take immediate action with a view to preempting what it described as “dangerous aggression” by Israel.
Tension has mounted in occupied East Jerusalem since last month, when Israeli police briefly sealed the Al-Aqsa Mosque compound’s Al-Rahma Gate, triggering angry demonstrations by local Palestinians.
In the weeks since, the Israeli authorities have banned scores of Palestinians — including religious officials — from entering the mosque complex, which for Muslims represents the world’s third holiest site.