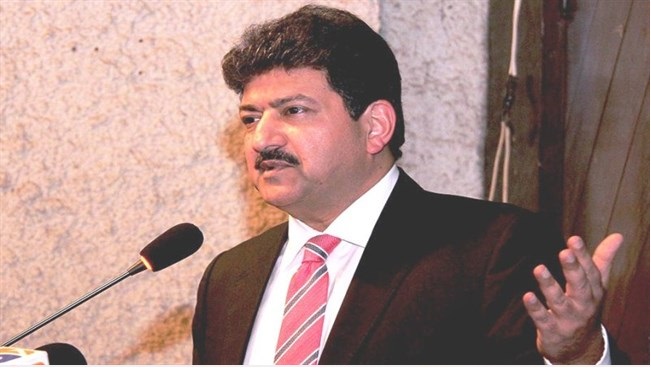 Renowned Pakistani journalist says recognition of Zionist occupation over Golan Heights is violation of UN Security Council Resolutions.
Hamid Mir in a tweet said it is very easy to see more trouble in Middle East in coming days as this world will become more unsafe.

Earlier Trump in a tweet had said: After 52 years it is time for the United States to fully recognize Israel’s sovereignty over the Golan Heights.

The fact is that the Golan is Syrian territory illegally occupied by Zionist regime and recognized by the world as such.

Spokesman of the Iranian Foreign Ministry Bahram Qasemi has said that the impetuous personal decision of US President is pushing the sensitive region of the Middle East toward consecutive crises.