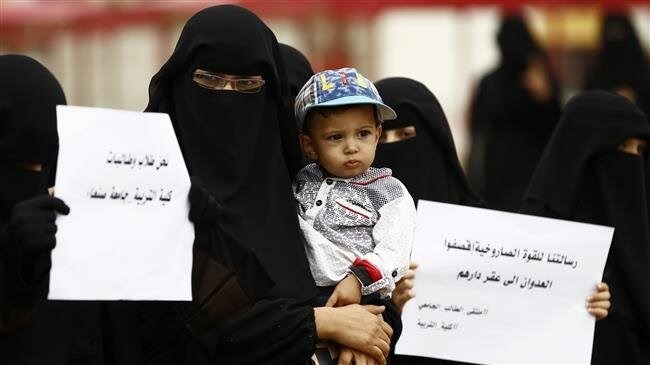 A prominent children’s rights organization says it has been “shocked and appalled” by a recent Saudi-led airstrike against Yemen that killed four children, calling for an investigation into the raid.

The UK-based Save the Children said on Tuesday that the airstrike hit the vicinity of a hospital supported by the organization near Sa’ada Province’s capital of the same name. Three more people, including health workers and security guards, were also killed during the attack, while two more adults are still unaccounted for, it added.

Save the Children called for “an urgent investigation into the latest atrocity.”

“We are shocked and appalled by this outrageous attack,” its chief executive Helle Thorning-Schmidt said.

A recent report by the organization said the Saudi-led war on Yemen has killed at least 2,500 Yemeni children — 30 children every month — since March 2015, when the aggression started, Press TV reported.

The overall death toll from the war — launched to reinstate a former Yemeni regime that had been submissive to Riyadh — stands at above 57,000, according to multinational humanitarian organization Action against Hunger.

Saudi Crown Prince Mohammed bin Salman, considered the architect of the war, has reportedly said children and women should be targeted in Yemen to instill fear in the population.