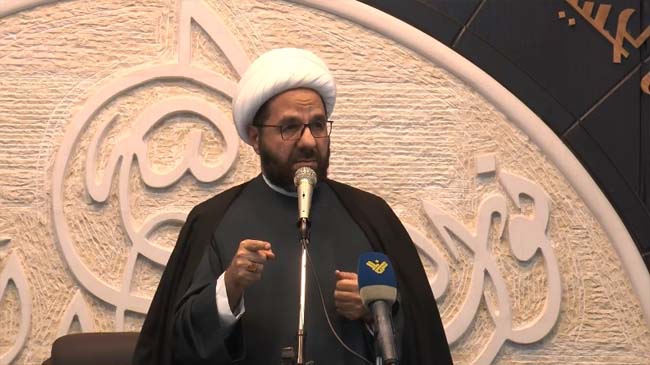 Deputy Chief of Hezbollah Executive Council Sheikh Ali Daamoush stressed that the national unity in Lebanon frustrated the attempt made by US Secretary of State Mike Pompeo to stir sedition during his recent visit.

Sheikh Daamoush added that all the provocative statements made by Pompeo aimed at shaking the Lebanese citizens’ trust in the Resistance that has heavily sacrificed for the sake of liberating the country and defending it against the Israeli and takfiri enemies.

His eminence also highlighted that the US would never protect Lebanon’s natural resources, adding that Washington’s stances identify with those of Tel Aviv.