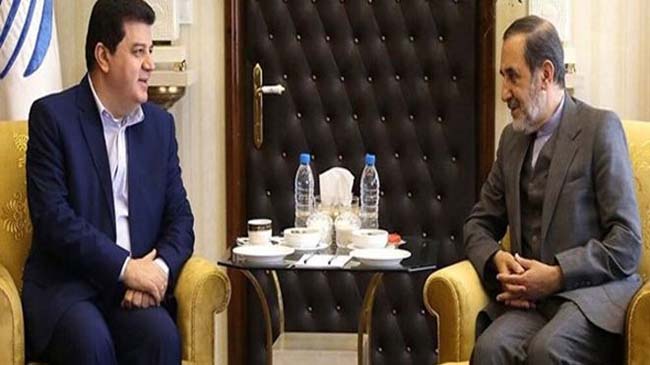 Iranian Supreme Leader’s Top Adviser for International Affairs Ali Akbar Velayati affirmed that US President Donald Trump’s proclamation to recognize the annexation of the occupied Syrian Golan to the Israeli occupation entity is meant to cover up the entity’s crimes and its problems.

Iran’s Fars News Agency quoted Velayati said during a meeting with Syria’ Ambassador to Iran, Adnan Mahmoud on Thursday as saying that the US President’s actions are a continuation of the policies of his predecessors, which in fact fulfill the demands of the Zionist entity in the region.

Velayati pointed out that most of the Security Council members announced rejection of Trump’s proclamation on the occupied Syrian Golan at the UNSC’s meeting , which was held on Wednesday, indicating that this stance is an indication of America’s failure.

For his part, Mahmoud said that Trump’s proclamation on the occupied Syrian Golan and the recent Israeli aggression on Aleppo are a flagrant aggression on the sovereignty of Syria and the resistance axis , and show the aggressive tendency of the Americans.