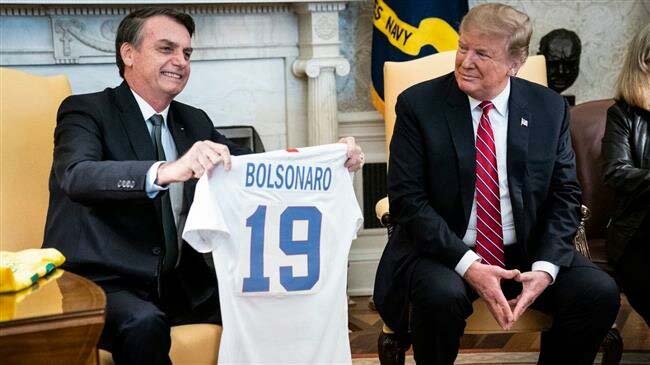 President Nicolas Maduro has compared Brazilian counterpart JairBolsonaro to Nazi dictator Adolf Hitler for working with the US on a military coup in Venezuela.

Bolsonaro on Friday made no effort to hide the fact that his government was working with the administration of US President Donald Trump to bring down President Maduro.

“It is our intention and that of the Americans that there is a rift in the army, because it is they who still support Maduro,” Bolsonaro said in an interview with the main Brazilian radio station, Jovem Pan.

“It is the armed forces that decide whether a country lives in a democracy or in a dictatorship,” he added.

Maduro reacted to the remarks by calling on the Brazilian military to take action against Bolsonaro, whom he described as a “fascist pigeon” and a “Hitler imitator.”

“I call on the military forces of Brazil to cut off the madness of Jair Bolsonaro and his threat of war against Venezuela,” he added.