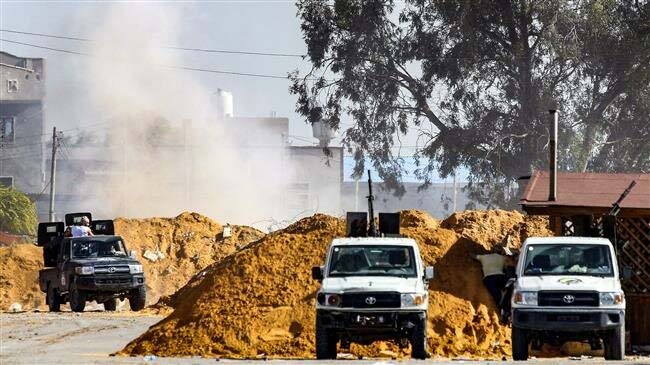 Forces of the so-called Libyan National Army (LNA), led by renegade Field Marshal Khalifa Haftar, have reportedly launched air raids on the west of Tripoli, hitting several positions belonging to the internationally-recognized government of Libya as part of a push to seize the capital city.

LNA warplanes bombed on Friday the camp of a force allied to the Government of National Accord (GNA), administered by Fayez al-Serraj, near the western town of Zuwara in Tripoli and toward the Tunisian border, according to an LNA military source and residents.

The extent of damage and possible casualties in both sites was not clear.

The attacks come at a time when explosions and gunfire have been echoing through the Libyan capital, with more than 8,000 people having already fled fighting around Tripoli in the aftermath of renewed clashes between rival factions in the Northeast African country, the United Nations (UN) said on Friday.

UN tallies indicated that a week of battles had killed 75 people – mainly fighters from both sides of the conflict but also 17 civilians – and wounded another 323. Some 13,625 people have also been forced out of their homes.