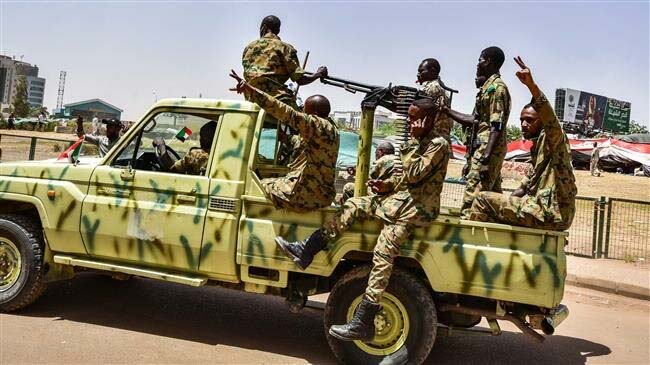 The transitional military council of Sudan has arrested or sacked senior members of the government of the ousted leader Omar al-Bashir, a spokesman said.

The defense minister, Awad Ibn Auf, was removed from his role on Sunday, a few days after his resignation from heading the military council.

Sudan’s ambassadors to Washington and Geneva have also been dismissed, the spokesman said.

The purges followed continuing talks between the new military rulers and protest organizers who demand a civilian government.

Thousands of protesters remained encamped outside Khartoum’s army headquarters to keep up pressure on a military council that took power after ousting Bashir on Thursday.

The protesters on Sunday demanded the country’s military rulers “immediately” hand power over to a civilian government that should then bring al-Bashir to justice.