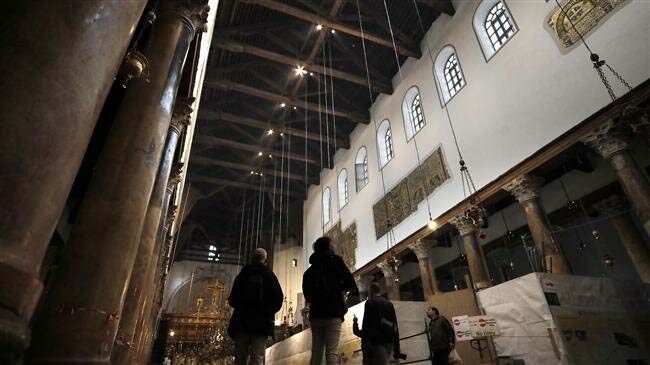 Israel has refused to issue travel permits for members of the small Christian community living in the Gaza Strip to visit East Jerusalem al-Quds and the West Bank for Easter celebrations.

Israeli authorities denied travel permits for hundreds of those Palestinian Christians hoping to visit the Church of Nativity in Bethlehem City and the Church of the Holy Sepulcher in East Jerusalem al-Quds, the Palestinian Ma’an news agency reported on Sunday.

Prominent Christians in Gaza had said on Saturday that no permits had been issued until then.

George Anton, a prominent Catholic Gaza activist, said Catholics in Gaza were “upset” and “disappointed” at not having received permits.

“We don’t see any reason to refuse our permits,” The Guardian quoted Anton as saying.

The Israeli military last week announced it would let only 200 Christians aged 55 and older for Easter — which is celebrated by Catholics on Sunday and Orthodox Christians the following week — to travel to Jordan without stopping in Jerusalem al-Quds.

The Tel Aviv regime’s decision sparked protests, including by the Israeli human rights group Gisha, which called it “a further violation of Palestinians’ fundamental rights to freedom of movement, religious freedom and family life.”

In the past, many — though not all — members of Gaza’s 1,100-strong Christian minority had sometimes been granted exit permits to Jerusalem al-Quds and the West Bank for worship and to visit relatives at Easter and Christmas.