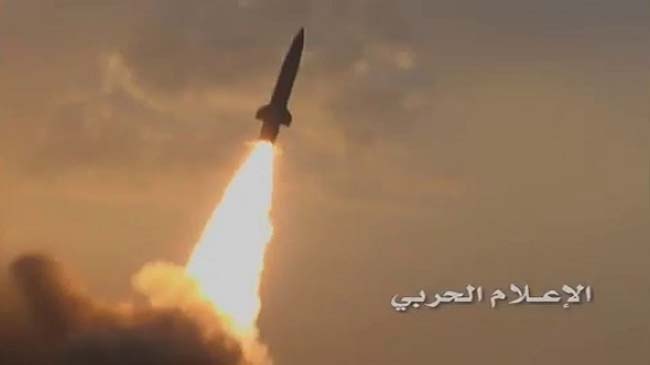 The Yemeni rocketry force on Sunday fired one ballistic missile (Badr F) at the gatherings of the Saudi-led mercenaries in Jizan, inflicting heavy losses upon them.